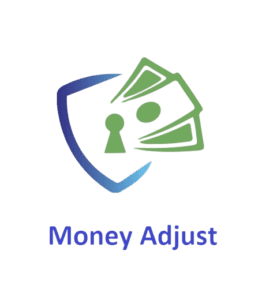 Sukanya Samriddhi Yojana: The government runs many schemes for the daughters from time to time. Because the sex ratio of daughters is continuously falling in the country, which is a matter of concern. The government has made strict laws on abortion of the girl, yet people are not aware of it. The biggest reason for this is that people are not interested in educating the girl considering her as foreign money, and considering her marriage as a burden, they keep worrying about her and start adding money for her marriage as soon as she is born. They think that if we spend money on studies, then from where the money will go for its marriage. But now there is no need to panic, the government has started many schemes like Sukanya, under which the government helps you in adding money for the education and marriage of the daughter.

We will give you complete information about Sukanya Yojana in this article so that all of you will be able to take advantage of it.

Purpose of this scheme Almost all of you must have understood that what is the purpose of the government behind starting this scheme. Its biggest purpose is to promote the birth of the daughter, to promote her education, and to reduce the burden of marriage so that the parents of the daughter can give her full due love to her without worrying about the daughter’s marriage. Because no parent wants to take away the happiness of their children, but due to lack of money, they do so even if they do not want to. Just for this, the government has started this scheme. Increasing the decreasing number of girls.

Corona has spoiled the economic condition of everyone in the country. This has also affected the Indian economy, due to which the RBI has also reduced the repo rate. The government has reduced the interest rates of Sukanya and many such small schemes. Under the Sukanya Samriddhi Yojana, the interest rate on post office RD and time deposit for 1 to 3 years has been reduced by 1.4 percent. 0.8% has been reduced in Sukanya Samriddhi Yojana. This will reduce the maturity amount of the beneficiaries linked to this scheme. The rate of interest paid under this scheme has come down from 8.4% p.a. to 7.6%.

What is Sukanya Samriddhi Yojana

We will explain this scheme to you in easy language:-

Where to open the account and the conditions for it

To take advantage of Sukanya Samriddhi Yojana, it is important to know that where you have to open an account for this. For this, you can open an account at either the post office or the bank. There are many government and private banks where accounts can be opened for this scheme. In the accounts opened under Sukanya Yojana, the exemption was provided under section 80G of the Income Tax Act. Under this scheme, the beneficiary can open the account of his two daughters. If a girl child becomes three after the birth of a twin, in this situation, by giving evidence, she can open an account for all three under this scheme. The age of the daughter should be less than 10 years at the time of opening the account.

For this the following documents are required:-

The guardian who wants to open an account for his daughter under this scheme has to first download the account opening form for Sukanya Samriddhi Yojana. Fill this form carefully and attach all the required documents with it and submit it to the bank or post office. You will also have to deposit the amount at the time of submitting the form.

Thanks For Visiting this website any doubts you can comment below, you want to latest updates on this type of useful information just follow Google News.

How to Add Name in Ration Card

Money Adjust provides you with the latest Indian Banking News, Business News and Technical News. Get information related to Bank, Finance portfolio investment/management, get relevant updates on Buy and Sell. Note: We hereby declare that we are not officially affiliated with the information mentioned here. This is only a blog that helps the users to use guideline information and educational purposes and we are not responsible and only specified company to solve any kind of problem or trouble faced by the customers. committed to.
Contact us: moneyadjust@gmail.com

Everything you need to know about Canara Bank Net Banking

Everything you need to know about Axis Bank Net Banking

Everything you need to know about Union Bank of India Net...