Ration Card: As we all know that Ration Card is an important document. which is used as identification. Different charges are taken for making ration cards in all the states. Somewhere 3 rupees, sometimes 45 and sometimes even 100 rupees are taken. The ration card contains the name of all the members of the family but it goes in the name of the head of the family. The pictures of the chief are also put in it. With this ration card, the government provides many benefits to the ration cardholders. As you all know that in view of the situation arising due to Corona at this time, the government is giving free food grains to everyone under the ration card. There are three types of ration cards, for which different benefits are given.

Benefits of Adding the Name to Ration Card

The number of members in our family keeps on increasing from time to time. Whose name also we have to add to the ration card. As the number of members increases with the arrival of a new daughter-in-law in the house after marriage, how to add her name when new children come into the house and how to add her name to the ration card. We will tell you all this through this post. Because the ration card is useful in the form of many documents, it will be used as a document for the members whose name is on it and only those whose name is recorded on the ration card will get the benefit given by the government. Ration card. In this, we can add names both online and offline.

Where Does the Ration Card Work?

The use of a ration card as an important document is useful in many places like to get rations from ration shops, to take scholarships while studying, and in many other ways. It is used in making a voter card, as an identity card, for taking gas connections, and in government and private offices. We can say that Ration Card is a very important document for all citizens.

Note: But keep in mind that only after removing the name of the new daughter-in-law from the ration card of the peer side, you can get it added to your ration card.

Documents to Add the baby’s name

How to Add a Name to a Ration Card

We can add names to the ration cards in two ways. You can connect one offline and the other online as you like, we will tell you both ways here.

Add a Name to the Ration Card Online

You can also add the name of a new member to the ration card through another method i.e. online. For this, you follow the steps given below.

In this way, the name of your new member will be added to the ration card and in about a month the new ration card will come by post at your mentioned address.

The Government Going to Stop Ration Cards on a Large Scale in Bihar, Even those Earning Rs 10,000 will be Out

State Bureau, Patna. The government is going to cancel a large number of ration cards in Bihar. It will have the most impact on those people who work in a government office. Contract workers working on nominal wages are also going to come under this order. Taking a big decision, the government has directed to cancel of the ration of ineligible persons included in the purview of the National Food Security Act, who are not eligible as per the rules. Accordingly, this amendment has also been done under the National Food Security Act.

Thanks For Visiting this website any doubts you can comment below, you want to latest updates on this type of useful information just follow Google News. 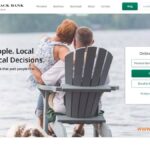 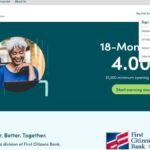